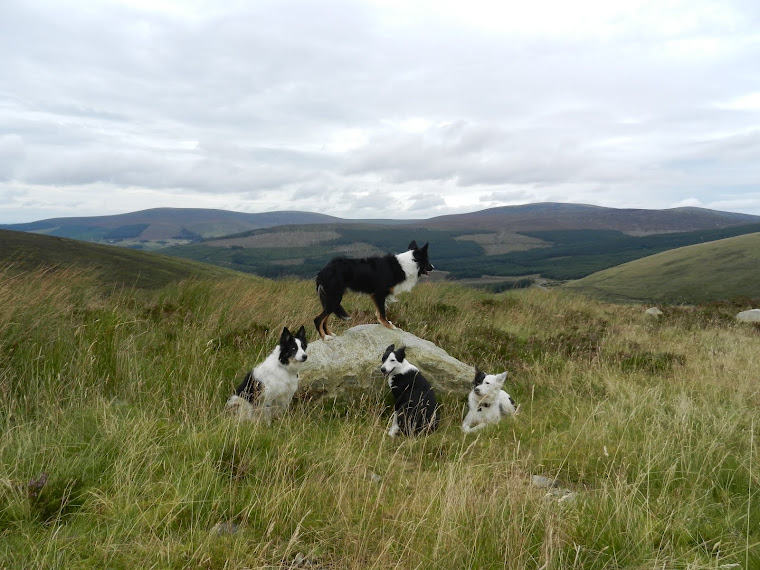 It was the strangest thing to watch. Dog after dog on field 3 not stopping, not flanking, all in the same spots, even with top dog and handler teams. The field was flat and slightly downhill with some undulation and the wind in the face of the handlers. The field was also very loud, as the ground was rough cut stalks instead of grass. The general consensus was there were several dead spots perhaps complicated by wind and noise from the field. It became known as 'the killing field'.

Four or five of the top seven scores came first thing in the morning when the air and field were calm.

I thought Craig and I might have a chance, as we were near the end of the day when things might settle. After just grazing the fetch on the wrong side, and making the drive panel in dramatic fashion and turning the sheep perfectly at the panel, the sheep started to come down and once again the dreaded dead zone struck and Craig didn't take his right hand flank until far too late. Although we just missed the cross drive gate, our cross drive line was way off.

It has been a dry year for the North Americans in general as no one made it through to the semi-finals this go around, but a rich experience in learning that will expand our knowledge of sheep and sheepdogs for better performances in the future.

We feel very blessed for the lessons we have taken away. Sometimes hard falls are what spur you to greater heights if you take the lesson.

We will enjoy the semis and finals and then prepare for the long trek home.

Fortunately, we found a covert route to the trial field parking that cuts off 15 minutes and event traffic, but it's a bit rough...not for the faint of heart or a low riding vehicle! :)

- Posted using BlogPress from my iPhone

Posted by Boywood Border Collies at 00:59

Boywood Border Collies
Follow the adventures of Mary Lou Campbell and Kathy Keats in the fascinating world of sheepdogs in their travels around the world and the antics at home at Boywood Farm.